The ULP S2 Spectra Sensor Data Sheet tests for LED intensity, and for any color in the visual spectrum, plus white. The S2 Spectra Sensor is well-suited for the test of “boundary” color LEDs, as it can unambiguously and repeatedly distinguish between not only adjacent visual colors such as green and yellow, but it can determine different hues of the same color such as yellow and amber, regardless of LED intensity. 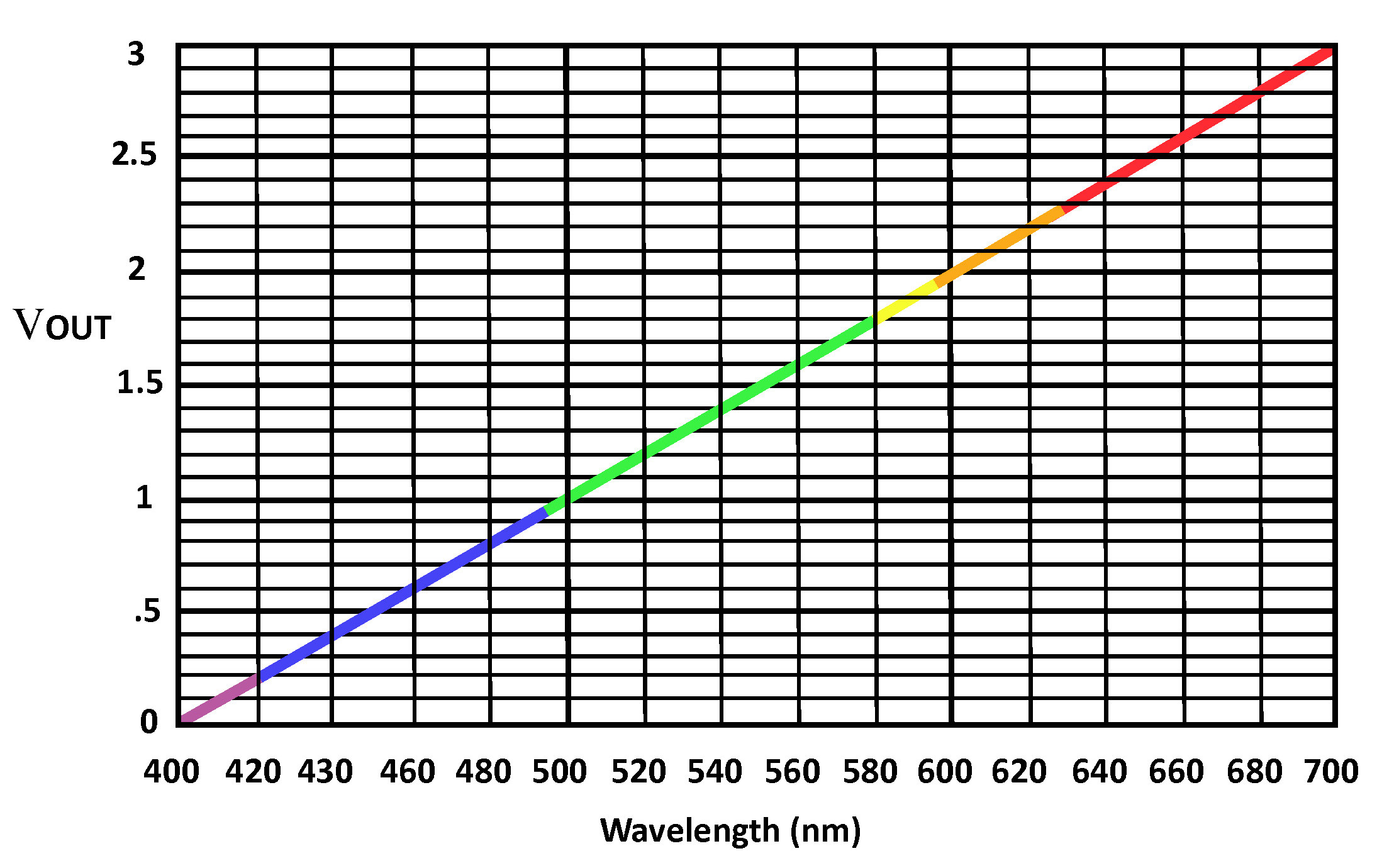 Universal LightProbe S2 Spectra Sensors test any LED color wavelength from 400 to 700 nm, and also white, providing an analog voltage output  proportional to LED wavelength. There is no need to convert LED wavelength as a pulse rate – which improves the overall response time to test an LED. The Universal LightProbe S2 Spectra Sensors also test a wide range of LED intensity, from dim to bright LEDs, without adjustment, providing an analog output ranging from 0 to 4 volts, corresponding to the LED’s intensity.